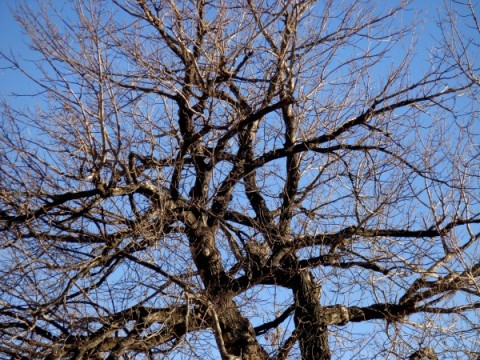 We live in a time when purportedly educational documentaries provide little in the way of education. One need only browse the schedules of the various channels under the Discovery and History labels to see an endless tide of witless “reality” shows. To call them “infotainment” would be an insult to the concepts of entertainment and information.

Programming dealing with outdoor pursuits and the wilderness in general have been especially stung by this trend to dumb down television (I use the term advisedly as people have complained about dumbing down since before I was born). The airwaves are polluted with shows that conform to the exceptionally popular genre of “survivalism”. This silly word has been coined at the expense of the perfectly serviceable term “bushcraft”.

In typical “survivalist” shows like Man vs Wild and Dual Survival to name just two examples, supposed outdoors experts venture into the wilderness (forest, desert, tundra et al), invariably to simulate being stranded following a plane crash, shipwreck, or car breakdown. This allows our intrepid explorers to indulge themselves by jumping gorges, scaling cliffs, wading through allegedly crocodile-infested waters, and so forth. All of this gives the viewers the impression that we are learning how to fend for ourselves in the wild should disaster befall us. Of course we are learning nothing of the sort.

One could watch a hundred hours of these programmes and, in a real-world survival situation, be as helpless as someone who never watched a single minute. They merely offer the comforting illusion of education. They are not informative in any practical way, and could only hold serious appeal for children and rednecks. The rest of us can enjoy these shows only as un-taxing entertainment.

It is a mercy then that one man at least strives to produce outdoors shows which do not insult the intelligence of the viewers. That man is English television presenter and bushcraft expert Ray Mears. He does not make dubious claims about having received elite military training. He does not claim to be a rugged action man. He is simply honest, knowledgable, educational, and quietly inspiring.

When he was a boy, Mears wanted to go camping in the local woods. He could not afford a tent, so he resolved to make his own shelter with the available natural materials. When he wanted to see wildlife, he learned how to track animals. Over the years, he gradually built up his knowledge of bushcraft using only library books and practise. When he found that the selection of books in this field was inadequate, he decided to write his own.

Mears soon set up a bushcraft school, teaching people lost skills like starting a fire without matches, building a shelter out of branches and ferns, and foraging for wild food. Eventually his work caught the attention of television producers, and he began making hugely popular shows on British television. Watching Ray Mears, one actually learns practical skills that could be used in real life. He does not feel the need to jump off waterfalls; he makes sober programmes that demonstrate you don’t need artificial jeopardy to make good television.

What makes Mears’ brand of outdoors skills so appealing is that he does not feel nature is something that must be conquered. It’s not about Man vs Wild; it’s about man living alongside nature, and within it. Without wishing to over-egg the point, the similarities with the fundamental Stoic principle of living a virtuous life in accordance with Nature are apparent.

In an episode of one of his programmes he says that going to spend time in a beautiful part of the wild is the closest he ever gets to a religious experience. This sense of harmony with the natural world echoes beautifully with Stoicism, which – let us not forget – was originally a belief system of what we would now call pantheism. Although Stoicism makes no claims of life after death, and holds no specifically superstitious or supernatural tenets, it did have a spiritual underpinning, something often ignored in modern discussions of the philosophy.

For those of us of a secular disposition, and those who may struggle with the pantheistic tendencies of classical Stoicism, perhaps Ray Mears’ informed beliefs about our place in nature could serve as something of an inspiration.